VoIP Over SD-WAN – What to Expect

As the Voice over IP experts here in Cleveland, we know a thing or two about

deploying VoIP, whether it be on a dedicated circuit, MPLS network, or broadband connection. Now with the splash SD-WAN is making, we’ve been getting a lot of questions about how VoIP is (or will be) provisioned over SD-WAN.

First, let’s clarify what SD-WAN is. In a nutshell. SD-WAN is a virtualized wide area network. The technology resides at the network edge and is managed via edge appliances. SD-WAN virtually bonds the transport links between sites, and it doesn’t care whether the site is using a T1, DSL, or wireless connection. It “virtually” chooses the best path available to route traffic.

When it comes to transporting VoIP traffic, it’s much the same as it is right now. Because the appliance lives at the edge, it can look for the best path available and route the VoIP traffic based on MOS score, protocol, IP, or other measurements, but once the data packet leaves the network, there’s still no control over the public internet. This is why experts will often recommend to clients to maintain a dedicated circuit for VoIP traffic if quality of service needs to be guaranteed.

Many who are deploying SD-WAN are (somewhat falsely) telling people QoS can be guaranteed. While SD-WAN can measure latency, jitter, and packet loss, the most it can do is reroute the call to a higher quality path. It can’t fix jitter or latency. If the packets are hitting the public internet after they leave the client site, there are no guarantees. The only way to guarantee QoS when it comes to VoIP traffic is to have control over both ends of the circuit and set voice prioritization at the router on both ends.

In older architectures, we’d recommend a client purchase a DIA connection to our facility for VoIP and use DSL as a backup. We’d install a T1 card and a DSL card in the router. If the T1 failed, the DSL would help them limp along and at least allow them to access the internet until the T1 came back on line. Now, with SD-WAN, that DSL connection can be used all the time, and not just sit dormant waiting for an outage. SD-Wan simply sees the broadband connection as another available path on the network. Some might recommend that the client lose the T1 and install a second broadband connection. From an SD-WAN perspective, it doesn’t care. But from a QoS perspective, the client loses the guaranteed QoS they had when they were running their voice over that dedicated circuit.

In short, SD-Wan is a fantastic technology which will reduce dependency on MPLS networks in the future. When it comes to delivering voice, however, there’s still no guarantee on QoS if the call is being routed over a public internet path. Call quality may be great based solely on the fact that there are multiple paths from which to choose, but it’s still not guaranteed.

If you’re considering implementing SD-Wan for yours or a client’s installation, talk to an N2Net engineer first and discuss options for the best architecture ahead of deploying.

Contact an N2Net professional today and learn about partnering with us to provide your clients an SD-Wan solution today. 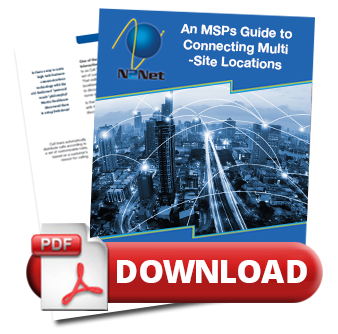